You can add video surveillance pretty much anywhere you want, these days. The cost of cameras is dropping, and the quality of video footage has improved dramatically in recent years.

And now, with powerful new deep learning-assisted image processing software and high-throughput connectivity being available almost everywhere, it's possible to use video for much more than just security purposes.

Data from video surveillance systems, as well as information from intercoms, door sensors, and other sources, are not only useful to your security team. Increasingly, other stakeholders in marketing or operations, as well as C-suite VIPs, are seeing all this information as a potential gold mine for business insights.

But exchanging data from so many different sources can use up a lot of bandwidth, creating a strain on your network. The good news is there’s more than one way to exchange data between systems.

In most video surveillance applications, streaming video over a network from the camera to its destination happens either through unicast or multicast transmission. Let’s take a look at the pros and cons of each method, and how the functional requirements of your installation may affect which choice is right for you.

Unicast or multicast: what’s the difference?

A unicast transmission is a direct one-to-one communication between the camera and the client application. Imagine you have a security incident, and three different members of your team need to view the live feed from the same camera.

If the video stream is unicast, three different copies of the same video will be streamed over your network, one to each of the operators.

In contrast, a multicast transmission is a one-to-many communication. The camera streams its video stream once to the node (switch). The latter replicates the stream to the relevant number of viewers.

So in our scenario, if the transmission was multicast, all three viewers would stream the same video at the same time using less bandwidth since the video is being replicated only if needed.

Each system has its pros and cons

Unicast systems are more bandwidth-intensive, but easier to configure. Because more data is traveling over your network, it can bog down your LAN and interfere with other business systems.

A multicast system requires effort and time to set up, but it offers an advantage over unicast: it uses less bandwidth and minimizes network traffic.  Imagine a system where the network has been set to support up to ten 1080p streams.

Based on unicast, it would work perfectly. One day something happened and the premises have to be monitored live by three internal persons and two external stakeholders. In this scenario, unicast will use five streams from the same camera, creating a heavy load on the network. Smearing can appear, some frames could be dropped.

With multicast, the switches will send the video only to the ones requesting it. The video quality will be preserved and the video will still be viewable.

In some cases, the limitations of your hardware will steer you either toward unicast or multicast.

Multicast systems, on the other hand, require cameras that can support multicast transmission. Your IT department will also need to set up a multicast-capable network, with multicast-enabled routers and switches.

Get the best of both technologies

Networks are complex. Some IP video sources, like wireless cameras in remote locations, don’t support multicast, and will automatically transmit in unicast. That means in some cases, a network will need to support both unicast and multicast.

That’s where an intelligent IP video management system like Security Center Omnicast™ comes in. Because its flexible system supports both unicast and multicast, it can help you overcome network overload, improve traffic control, maximize bandwidth, and get the most from your system.

Omnicast switches between unicast and multicast to optimize the network usage. Should something happen and many different users need to view the same cameras, Omnicast can handle the sudden burst of requests for video by switching from unicast to multicast .

It can also transform unicast cameras into multicast cameras to improve bandwidth utilization for local users, or provide a unicast stream to remote clients as needed—all on a single server.

This server, acting as a proxy, can also auto-detect the connection type of the camera or viewing client. That way, whether a user connects from the corporate LAN or remotely from home, the video management server will automatically select the best type of stream. 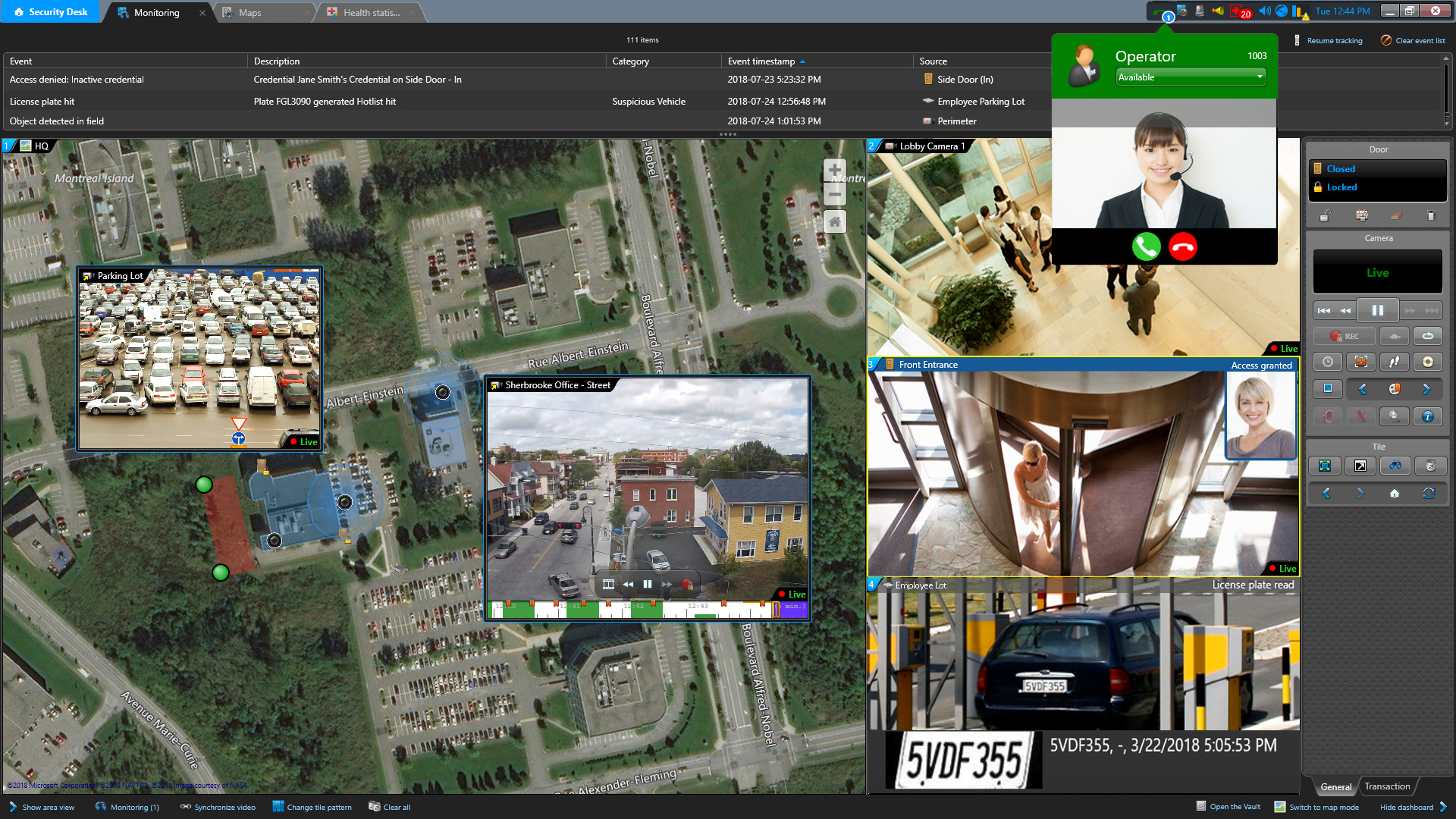 All this data is pulled into Security Center, which provides a unified view of all your security systems. Using the intuitive map-based interface and live dashboards, you can quickly find cameras and sensors located near specific places, so you can gather information on incidents rapidly and effectively.

With the right video surveillance system, you can properly adapt the streaming and bandwidth management methods to your business requirements.

Want to learn more about ways to optimize your bandwidth management in video surveillance?