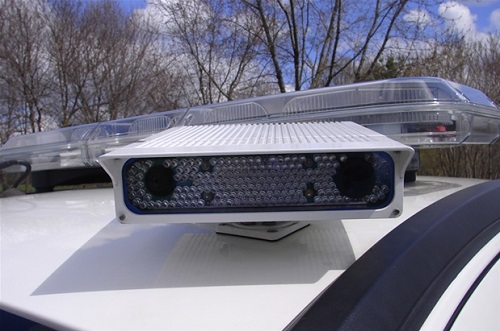 Greater efficiency is a benefit we advocate about all of our solutions. And we are not the only ones. General advancements in technology are pushing the boundaries of what we can accomplish within less time and with fewer resources. Often, besides cutting costs, greater efficiency can be the main reason a new technology is adopted.

Take the City of Guelph for example. In a recent case study published at genetec.com, the City of Guelph needed a solution to assist their officers and increase patrol efficiency through their many different parking zones and regulations.

According to Mr. Godfrey, Manager of Bylaw Compliance and Security for the City of Guelph "Prior to my search for a new solution, two officers monitored downtown parking during the day, manually entering license plates into handheld devices which transferred records to our central database as well as to each other's handhelds. Each officer required approximately 3.5-4 hours to complete a full circuit. Outside of downtown, an officer would drive around to time-limited areas, park, physically chalk vehicles, record license plate information by hand in notebooks and then begin again. To manage the overnight parking exemptions, a list of overnight permits would be physically printed out onto a piece of paper, and officers would patrol on foot at night to check the license plates against the exemption list. These officers would also patrol the municipal parking lots at night on foot."

There was room for improvement and Mr. Godfrey knew it. He issued an RFP (request for proposal) to solicit possible solutions and received a number of responses. Among the proposals was one for AutoVu, the LPR system within the Security Center, Genetec's unified security platform. In the end, his decision was dependent on the requirement for a solution to manage both no re-park and re-park zones, and one which handled digital chalking. Genetec's AutoVu and the Tire Imaging feature fit the bill.

Today, the City of Guelph has two vehicles; one which is primarily used as the enforcement vehicle and the other used as a back-up. Both are equipped with wheel imaging cameras and two AutoVu Sharp cameras are mounted on the primary vehicle but can be easily moved to the back-up in case of maintenance.

So now, instead of two officers patrolling the downtown area by foot, there is one on-foot officer who manages only specific pockets such as no-parking areas. A second officer patrols the larger downtown areas in the AutoVu-enabled vehicle. The third officer who was previously in charge of physically chalking wheels has been able to reassign all of his time to other bylaw enforcement. And, overnight patrols have also been made drastically more efficient by enabling a simple drive through the zone as opposed to painstaking patrols on foot with paper lists of license exemptions.

Read more about how the City of Guelph has been more efficient by implementing new technology like the AutoVu license plate recognition system.

Your request has been received!